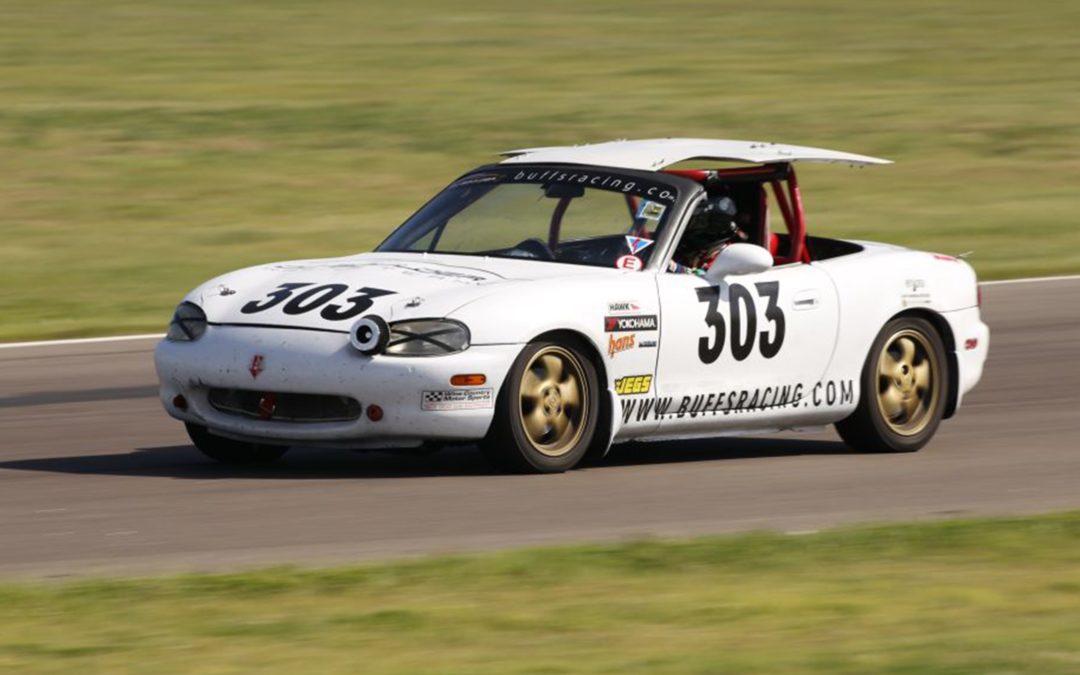 From the 7th through the 9th of June, the CU Boulder Racing Team had the opportunity to, once again, participate in the 24 Hours of Lemons race at High Plains Raceway in Deer Trail, Colorado. We had been preparing for months for the race and were finally ready to race car 303, our yacht-themed 1999 Mazda Miata, lovingly dubbed the “Mi-yacht-a”.

Once we had arrived at the racetrack on Friday, the team went through the Lemons tech inspection, which we passed after making minor repairs to the electrical system of the car. This had been our first race after which the rules for Lemons stated that a fire suppression system was required, and luckily, although the team had not outfitted a car with fire suppression before, we were able to do so up to regulation standards.

The day after our tech inspection, our racing began, and after taking the green flag on Saturday, the car did not come back with any significant mechanical issues all day. Although we got a couple of penalties throughout the day, our skilled drivers were able to keep turning out laps until the last flag of the day was down. That night, we got to repairing the car by rotating tires, fitting a larger radiator, and repairing some electrical issues that had happened during the race.

After waking up the next morning and doing final pre-race checks, the car again went out with our first driver. All day we ran lap after lap, stopping only for fuel and driver changes, which were done as quickly as possible. The car was able to keep going all day and stay competitive at that, only breaking down about 5 minutes before the race ended due to some unfortunate electrical issues that had drained our battery.

Although we did suffer a last lap break down, Buffs Racing still placed 15th out of 60 cars with a total of 299 laps! That, along with massively improving on pit stop time allowed us to have a great race, both for learning and for performing well. We can’t wait to participate in our next 24 Hours of Lemons race in the coming year.